Sports Media LGBT+ is a collaborative group that seeks to work with individuals and organisations who also want to make our industry, and sport in general, more inclusive for LGBT+ people.

Below you can find links to our ‘Rainbow Ready’ resources pack, and to some of our partners and connections. If you’re interested in having a listing on this page or enquiring about a potential partnership, please contact us with your request.

Looking for LGBT+ sports news and content? Head to our ‘Recommended’ page! 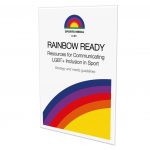 ‘Rainbow Ready’ – our resources pack is a strategy and media guidelines document aimed at anyone in a media or communications role who wants to get a message across about being LGBT+ in sports.

Whether you’re working with an athlete who wants to tell their story in order to help others, or sharing news of inclusion activities at the sports body or club you work for, there’s plenty of useful info which will help you approach this content with confidence.

We also deliver ‘Rainbow Ready’ in workshops for students, newsrooms and other groups – get in touch with us to learn more. 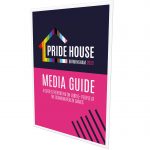 The most recent version of this document was produced in support of the Birmingham 2022 Commonwealth Games, as part of our work on Pride House Birmingham.

The PHB Media Guide, which was endorsed by the Birmingham 2022 Organising Committee and the Commonwealth Games Federation, offers advice on inclusive language and terminology, use of imagery, and handling reactions.

We have also created resources for Pride Month.

If you’re interested in creating a similar resource for your organisation or sport, drop us an email at jon@sportsmedialgbt.com

Pride Sports – Working to improve access to sport for all LGBT+ people, Pride Sports was the UK’s first LGBT sports and equity organisation when it launched in 2006, and remains the standard bearer for inclusion and education.

Pride Sports also runs the long-running Football v Homophobia campaign, an initiative that evolved out of The Justin Campaign which was first established back in 2008 and holds its Month of Action every February.

Sports Media LGBT+ has worked closely with the organisation on a variety of projects – delivering webinars and workshops, promoting events, and offering advice related to media and comms to groups and individuals that make enquiries. 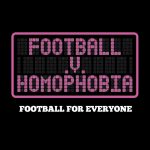 Meanwhile, Football v Homophobia has designated national (FvH Scotland and FvH Cymru) and international (FvH Americas) initiatives, as well as its related Football v Transphobia campaign which has a specific Week of Action in late March.

In addition, Pride Sports is a member of the Pride House International Coalition, which provides welcoming meeting places for athletes, coaches and spectators at major sporting events and traces its roots back to the 2010 Winter Olympics in Vancouver. Sports Media LGBT+ was a media partner on the Pride House Birmingham project at the Commonwealth Games.

Sports Journalists’ Association – Founded in 1947, the SJA embraces all parts of the sports media but is focused on British-based professional sportswriters, photographers and broadcasters. It is the largest national organisation of its kind in the world.

Sports Media LGBT+ is represented on the SJA committee, and we have developed strong ties through their early support for our network project, their backing for our #AuthenticMe events, and the contributions of several individuals who are members of both organisations.

You can read more about our partnership on our featured page in the ‘Friends of the SJA’ section of their website. 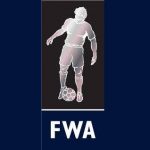 Football Writers’ Association – Sports Media LGBT+ partnered with the FWA in June 2021, issuing a joint pledge to work together towards greater industry inclusion.

The FWA was established in 1947 and is probably best known for its end-of-season Footballer of the Year Awards, which are voted for by association members numbering around 700.

In recent years, the FWA has diversified both in terms of its membership and its representation from across football media, whilst retaining a focus on the written word and helping to achieve the best possible access and resources for working journalists. The current chair is John Cross, who took on the role in 2022.

LGBTQ+ Professionals in Football Collective – a network group for people who are employed in the football industry in professional or semi-pro roles and who are LGBTQ+ or active allies. The Collective was initially put together by 20 such individuals and was formally launched during Pride Month 2022.

The group offers opportunities for connections and support, providing visibility and representation in the game. By making contact through the website or on LinkedIn, it’s possible to tap into the experience and expertise of players, coaches, match officials, executives and others in a variety of roles.

The Collective also operates a mailing list and is supported by Football v Homophobia and Sports Media LGBT+, as well as other football bodies including Kick It Out and The Player Care Group.

Read more about the LGBTQ+ Professionals in Football Collective in our article here. 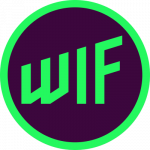 Women In Football – Founded by BBC Sport’s Shelley Alexander and The Guardian’s Anna Kessel in 2007, Women In Football is the standard-bearer for gender equality in the national game, and a champion for all women who work or aspire to work in the industry.

Celebrating diversity at grassroots and professional level, WiF members regularly speak up and support inclusion on sexual orientation and gender identity, highlighting related issues at their events and challenging all forms of discrimination.

We’re hugely grateful to WiF for their backing of Sports Media LGBT+ and we look forward to future collaborations.

Outsports – Founded in 1999, Outsports is a sports news website based in the US that reports on LGBTQ+ issues and personalities in amateur and professional sports.

Part of the SB Nation / Vox Media family of sites, it’s rightly recognised as the world leader in covering the stories of all those involved in sport who are lesbian, gay, bisexual or transgender.

Sports Media LGBT+ has close ties with Outsports, which holds an annual Pride event in the US each summer bringing together members of its worldwide community. We’re often in communication, both editorially and collaboratively, exploring ways to work in unison to achieve greater international co-operation and representation.

Racing Pride – Racing Pride is an LGBTQ movement for motorsport, developed alongside Stonewall UK and was launched during Pride month 2019.

Through a network of driver ambassadors, commercial partners, and supporters from across the motorsport and automotive industries (drawing on allies as much as the LGBTQ+ community itself), Racing Pride’s vision is to draw attention to the successes of LGBTQ+ people within motorsport in all of its forms and to establish the visible role models which have been lacking to date, in order to inspire further participation and encourage understanding and acceptance.

Check us out on their Industry Partners page.

InterMediaUK – Set up by Creative Skillset’s LGBT employee group and Stonewall in 2012, InterMediaUK is an LGBT network group for people working across the media spectrum, with representation from TV, film, publishing, advertising and computing.

Based on the interests of its members, InterMediaUK provides a comfortable space for networking, forming new professional contacts, sourcing potential career and business opportunities as well as creating regular social and special events. 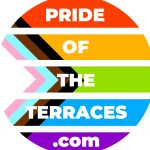 Pride of the Terraces – a website dedicated to telling LGBT+ stories from the sporting world, often published on Saturday mornings.

Founded by Dingwall-based writer Andrew Henderson in 2019, the platform features a broad depth of interview and feature content ranging from conversations with international athletes to recreational players, on and off the pitch. 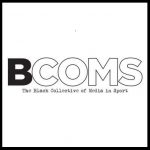 BCOMS – The networking, support and campaigning organisation for black professionals and newcomers in the UK sports media, founded by Leon Mann in 2009.

BCOMS’ overall mission statement – to work for greater diversity in our industry – is reflected by their wider inclusion work which encompasses gender, disability, sexual orientation and religion.

One of the major inspirations for Sports Media LGBT+, BCOMS operates the D Word conferences – industry summits dedicated to securing proactive commitments on D&I initiatives from senior leaders and decision-makers. 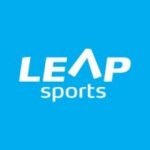 LEAP Sports Scotland – Standing for Leadership, Equality and Active Participation, LEAP works for greater inclusion for LGBTI people in sport, and against homophobia, biphobia and transphobia in a sports context. The organisation is committed to breaking down the structural, social and personal barriers which prevent LGBT+ people across Scotland from accessing, participating and excelling in sports.

LEAP Sports runs several events throughout the year, including the Pride Youth Games alongside Pride Sports and also the Festival Fortnight in early June which aims to increase the visibility of LGBT+ people in Scottish sport. 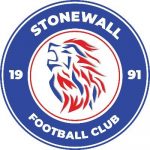 Stonewall FC – the world’s most successful LGBT+ football club, now based in the Queen Elizabeth Olympic Park in east London.

The club’s first team plays in the Middlesex County League Premier Division (Level 11 of the English football pyramid). They began life in 1991, making them the UK’s first gay football team.

Founder Aslie Pitter MBE was a guest speaker at Sports Media LGBT+’s second #AuthenticMe event in October 2019, and the network continues to support the club’s activities both on and off the pitch. 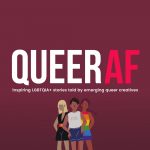 QueerAF – QueerAF is a platform where creators, journalists and producers can get paid and commissioned directly by the community.

Launched by Jamie Wareham in early 2022, the outlet publishes the work of queer creatives, provides mentoring, and builds their resilience.

Many aspiring writers and content producers get their first commissions here, helping them to build a media career. QueerAF is working with them to change the industry.

Read more about QueerAF in our article here. 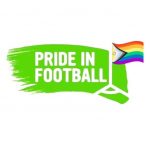 Pride In Football – Since forming in 2014 as an alliance bringing together four UK club fan groups for LGBT supporters (Arsenal’s Gay Gooners, Norwich’s Proud Canaries, Tottenham’s Proud Lilywhites, and Manchester City’s Canal Street Blues), the PiF family has now expanded to over 50 groups – and it’s growing all the time.

With a significant lack of representation and visibility across the men’s professional game, this movement of LGBTQ+ fans is working with national and international governing bodies and other organisations to address matters of inclusion, while providing a valuable resource to the media too. 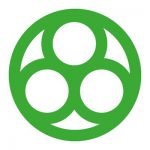 Connect Sport – With a commitment to raising the profile of community sport, in particular under-represented groups, Connect Sport works with organisations across sport to leverage the power of media and raise awareness.

Having first launched back in 2011, its website now carries a Directory where listings of clubs, teams, networks, campaign groups and other bodies can be found, with a focus on championing social inclusion and the benefits of physical activity. 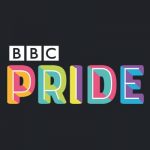 In total, the BBC employs over 35,000 people (when taking into account part-time staff) and has a strong commitment to diversity and inclusion.

Sports Media LGBT+ partnered with BBC Pride for our #AuthenticMe event at their Salford HQ in October 2018, bringing together both athletes and those in sports media to talk about their experiences of being openly LGBT+ in their respective fields. 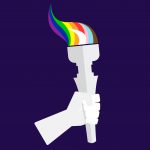 LGBTQ+ In Sport – A young, dynamic social enterprise working to create inclusion for LGBTQ+ people in UK sport, founded in 2020.

The group is helping to build a community of young people and those young at heart from universities and colleges, as well as graduates, through events and online activations; collaborations with well-known athletes and coaches; developing programmes and schemes; and creating sports kit that shares a message of LGBTQ+ inclusion.

Read more about the group in our article here.