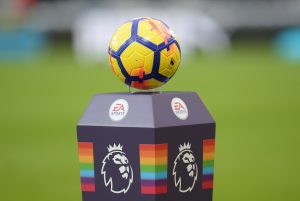 We view the LGBT community as an integral part of our community and, working with Stonewall, we want this partnership to improve the experience of LGBT people already playing football, and supporting clubs, and to signal to others who might be interested in getting involved, that they are welcome to do so.

The importance of both those objectives was discussed with sports media professionals last Tuesday at a meeting convened by the PL and Stonewall. As the latter’s chief executive Ruth Hunt had noted in her contribution to that November statement, “the reasons for the lack of LGBT inclusion in sport are complex”. As far as football is concerned, I provided an overview addressing some of those reasons in my previous blog post.

At the roundtable discussion, we heard the testimonies of athletes, including football referee Ryan Atkin, as to their experiences of sharing their stories with the media, and also the perceptions and concerns that – more often than not – discourage LGBT sportsmen and women from doing so.

The meeting was held under Chatham House rules, to encourage a frank exchange of views away from business concerns and other pressures. Here’s a tweet thread which provides an overview of the discussion…

Concerns around ‘losing control’ of a personal narrative, and problems caused when quotes are taken out of context, among topics raised with media industry pros by LGBT people in sport at #RainbowLaces roundtable today. @stonewalluk @premierleague represented in room. ? 1/3

Willingness in room to continue conversations and explore opportunities for networking between LGBT people and allies in sport, and what formats to use to best demonstrate merits of visible inclusion. Definitely some achievable objectives for us all. #RainbowLaces 3/3

One positive takeaway from the meeting was the recognition that there is growing LGBT visibility and representation in press boxes and sports newsrooms, as well as on the terraces with the rise in club supporters groups for LGBT people. By exploring inclusion through conversations such as this one, the Premier League is demonstrating its willingness to listen to people involved in sport who are lesbian, gay, bisexual or transgender themselves, and discover what could be achievable that would make a tangible difference to their lives.

It’s a promising development, and one that Sports Media LGBT+ is grateful to have been consulted on. Having laid the foundations of an alliance, the network hopes it can contribute further and build the trust necessary to provide an inclusive environment for all.