What are the concerns for sports reporters when covering the coming-out stories of LGBT+ athletes? Sports Media LGBT+ caught up with the Star Tribune’s Megan Ryan to talk about her coverage of Collin Martin, the Minnesota United footballer who announced publicly late last month that he’s a gay man playing Major League Soccer… 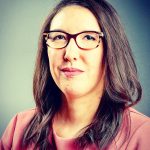 Megan covers Minnesota Utd and MLS for the Star Tribune, the largest newspaper in her home state of Minnesota. She joined the paper in January 2017 after stints at the Pittsburgh Post-Gazette and the Dallas Morning News. She’s on Twitter at @theothermegryan.

On Friday 29 June, Megan published an interview with midfielder Collin Martin, shortly after the 23-year-old had posted to his social media accounts to say that he was gay and had been out to his family and friends – including his team-mates – for several years.

Tonight my team, @MNUFC , is having their Pride night. It's an important night for me — I'll be announcing that I am an openly gay player in Major League Soccer. #soccerforall pic.twitter.com/cOJQXfrBiv

Q. How did your involvement in Collin’s story begin, and what were your initial thoughts in terms of coverage?

Well, I’ve covered United since its start in MLS, first joining on in January last year. So I’ve known Collin since he joined the team that month as well. My involvement in his story started as early as that first training camp, when I wrote a feature on him just being one of the many young players looking to make an impact on this new team.

Naturally, I follow all the players on social media and I get a lot of story ideas from that. For Collin, he rarely ever posted, and when he did, it was often something relating to Playing for Pride, an Athlete Ally programme for LGBT+ inclusion in sport, or another initiative. And on Instagram, he had a lot of photos with another guy, that looked pretty boyfriend-y to me.

Came down to Florida for Thanksgiving this year. Jim brought me fishing in the mangroves and I caught this Sheepshead ?

When you cover a team in depth like I do with Minnesota United, you get a lot of access and – as Collin himself has said – he was already out to his team-mates. On one occasion after practice one day, about a year ago, I happened to be in earshot when he mentioned his boyfriend to a member of the United coaching staff.

It should go without saying that I never wanted to make Collin feel I was trying to out him to the public. Of course, I was interested in telling his story, but that would only ever be on his terms. So at the beginning of this season, I spoke to him about possibly sitting down and chatting about his Pride initiatives once the Pride Night match got closer – and he agreed.

This month I’m @playingforpride and celebrating the LGBTQ community during Pride month! Feel free to follow along at https://t.co/aJW5j1rue2 and match myself or my teammates donations. Donations are going to Athlete Ally, thanks for all the support.❤️?⚽️

Then, right before I was due to have that sit-down interview with Collin in advance of the match (against FC Dallas), I got the tip that he was planning on coming out publicly. It was actually kind of funny, because he and I were unknowingly on the same wavelength. I was going to ask him about it in the interview anyway, but knowing he had already made the decision to come out made it a lot easier to broach the topic, because I didn’t feel like I was pressuring him into saying something. It was all things he wanted to share.

I never did have to use my whole speech I had prepared for respectfully bringing up his sexual orientation. So I guess it was a product of building up trust through covering him every day since he got to the team, as well as incredibly fortunate timing. 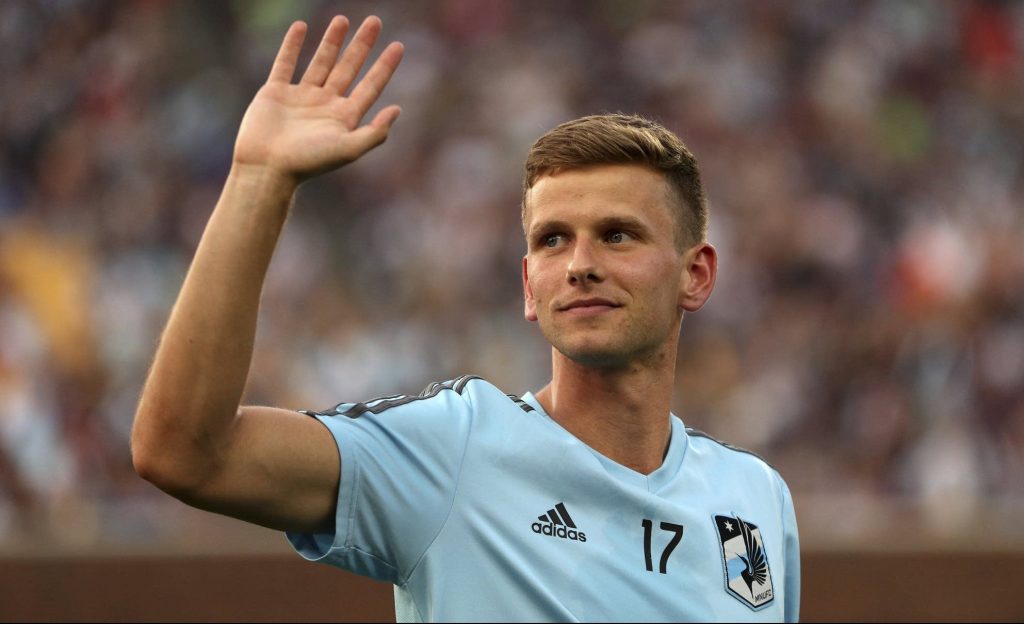 Q. For any LGBTQ athlete or coach sharing their truth with the world, the role of the media and the issue of trust is always a consideration. What did you learn about that from each other, through the process of working on Collin’s story?

Trust is incredibly important in journalism no matter what the story, and it’s something I’ve really worked to build with the team and individual players. A lot of it comes just by doing your job right. I show up every day to every practice no matter what. I make sure I’m fair and accurate in my reporting. And I do my best to write really good stories that are interesting, entertaining and go beyond just the action on the field.

You’d have to ask Collin why he was comfortable sharing his story with me, because that was never a conversation we explicitly had. Prior to his story, I had written a string of recent features on some of his team-mates’ personal lives, so maybe seeing those showed him I would handle his story with similar care? Who knows. But I will say, I made sure that my story would publish only after he made his social media announcement. He trusted me to tell his story, and I didn’t want to break that trust just to have the news first. I already knew that my story would be before all other news outlets, and that was enough responsibility. Stealing his moment was absolutely never considered.

Q. What concerns or key factors were foremost in your mind when writing Collin’s story?

Mostly, I just wanted to do it right. Stories like that are a big responsibility, because it’s going to be widely read. And this is also someone’s life, so I really didn’t want to mess it up. I had a few conversations with my editors about how to handle the story, because while I wanted it to be more of a feature, there was inherent news value there that had to be at the forefront.

I think the compromise we came to worked really well. The lede was quite newsy and definitely illustrated the importance and historic nature of Collin’s coming out. But I was able to include a lot of detail and anecdote throughout that hit the right emotional tone as well. Actually, one of the front office guys at United gave me the best compliment when he told me he thought this was my best story, because I reported the news, but I also wrote the story in a way that showed I really cared about it. And that’s exactly what I was going for, so I’m glad it came across!

What’s your assessment of the subsequent reactions, both to your own story and Collin’s social media posts and interviews?

I think most of the reaction has been overwhelmingly positive. Definitely on Collin’s post, I had a hard time finding too many negative comments. On my story, it was a bit different because the online comment sections of newspapers are notoriously negative. We did eventually have to turn the comments off after more than 100 responses with many of them inappropriate. But as far as the ones I saw, most of the negative ones were disparaging soccer, not Collin. Others were more along the lines of “who cares?” which is possibly slight progress from “this is wrong.” So, in all, not so bad.

I’m truly overwhelmed by the messages and support I’ve received thus far. I wish I could respond to each and every one of you. Please know your words mean a lot to me and they make me confident that I made the right choice.

Following such global interest, what would you hope to see from your peers in sports journalism – both at home and abroad – when it comes to covering future stories regarding LGBT+ inclusion in sports?

This is kind of a big question, since I don’t super feel like an authority on the topic. But I would say I just encourage sports journalists to not shy away from stories like this. And when they can, to try to seek them out.

Sports coverage should be as diverse as the people who play them (which sets me off on a whole tangent about how diversity among sports journalists helps with that, but that’s for another story…!) Obviously, you can’t make a story where there isn’t one, but a lot of times there are great stories hiding out where no one looks. In a way, that’s kind of how I found Collin’s story. He wasn’t necessarily hiding being gay. He was out to his team and his friends and family. He just wasn’t out to the general public. But because I paid attention to him and what his life was like off the field, as I do with all the players, I noticed and was able to eventually write a really important story.

Sports are an amazing vehicle, because you can tell so many different kinds of stories through them, whether it be political or social or business or human interest, etc. It can be hard to spend time on those kinds of stories when you have the pressures of a beat to keep up with, but I always tell myself that stories like the one I wrote on Collin are the ones that are going to affect people. So don’t cheat yourself or your readers out of those experiences.

Thank you to Megan for discussing the background to her great coverage of Collin’s coming out story, and providing a glimpse into life on the beat of a Major League Soccer club. Follow her on Twitter at @theothermegryan.