Last week, the LGBT rights charity Stonewall released its Work Report – an 11-page document based on YouGov research conducted in 2017 with over 5000 lesbian, gay, bisexual and transgender people across England, Scotland and Wales. 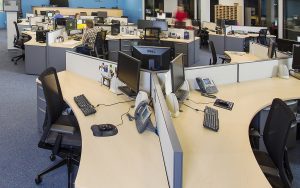 As part of the online questionnaire, respondents were asked about their experiences in the workplace in Britain. Here are some of the findings, which we feel may have particular relevance in the sports media industry, and questions that arise…

We ask: How many sports media workplaces make it clear that LGBT+ staff are welcome?

We ask: Do LGBT+ employees in sports media workplaces feel their environments are inclusive?

We ask: When applying for work in sports media, do LGBT+ people feel there is a risk in being their authentic selves?

Comment: Do LGBT+ employees in sports media sometimes experience exclusion, and under what circumstances?

Sports Media LGBT+ urges you to read Stonewall’s ‘LGBT in Britain – Work Report‘, and consider how its findings might relate to you.

If you’d like to work with us to help make the sports media industry more inclusive, drop us an email at info@sportsmedialgbt.com – we’d love to hear from you, and explore how we can assist.