Thursday’s events at the festival concluded with a half-hour conversation between the journalist and broadcaster Ned Boulting and his ITV4 co-commentator Philippa York, and it contained what felt like a moment of great significance for LGBT acceptance in sports media.

In early July, York had issued a statement through Cycling News in which she introduced herself publicly for the first time as Philippa. For several years, she had contributed to the website, as well as the magazine Rouleur, under the name Robert Millar, the identity as which she was crowned ‘King of the Mountains’ at the 1984 Tour de France and was inducted into the Hall of Fame for both Scottish Sports and British Cycling in the 2000s. York’s return to public view in the cycling media was widely celebrated, and she won further praise for her insight and expertise on air during ITV4‘s coverage of the Tour de France and the Vuelta a Espana.

Towards the end of their chat, Boulting asks York if she has any regrets about having now assumed a public persona as Philippa, and “coming out into the bright lights” (from 30m 42s below).

“Well, you’re kind of responsible for that, because you asked me…” she replies, to laughter from the audience. Boulting looks a little concerned, admitting he risks not getting the answer he hoped for. York had previously written in her Rouleur column about how an enquiry from Boulting at the start of the summer, asking if she might consider being a studio guest on ITV4‘s Tour coverage, had instigated “the beginning of the new era” in her professional life.

“If you hadn’t asked me, I would still be sitting out there…” she says, gesturing to the audience. “It’s thanks to you that I sit here.”

The emotion audibly cracks in York’s voice and after a pause, even more audience applause. Boulting looks down, in a sign of modesty, before saying good-naturedly: “It’s extremely nice of you to say that, but it’s nonsense really.” He emphasises the widespread acceptance in the correspondence from ITV4 viewers throughout July, and York admits it is still “difficult” to describe how much that has meant to her.

It’s to Boulting’s credit that he plays down the simple act of reaching out to York in the first place, but LGBT people will know it’s not nonsense to recognise its importance. It’s still far too rare in sport to find allies who are prepared to go the extra mile to welcome transgender people into places where they have not been represented previously. It’s also true that York’s previous identity gives her credentials for road cycling opinion that are superior to almost all others in the sport, but in a wider media climate where trans people continue to be viewed with at best curiosity and at worst condemnation, being as proactive as Boulting was in opening that door must not go unnoticed. The charity Sport Allies commissioned an academic report in 2016 titled ‘Homophobia, Gender and Sporting Culture’, which contains a chapter on ‘What Allies can do to Improve Sport’. An excerpt reads:

Not only has Boulting enabled the end to York’s exclusion – self-imposed or otherwise – from cycling, he has also helped initiate a wider understanding of trans issues, through York’s subsequent interviews. Over the course of the last four months, she has shared more of her personal journey with the media and therefore the public at large, educating and entertaining in equal measure. 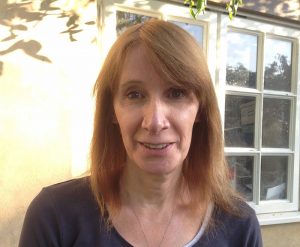 For example, on BBC Radio Scotland‘s Kaye Adams programme in August, York explained how it was perhaps not so unusual that a teenage boy with gender dysphoria should have been drawn into competitive cycle racing:

A lot of trans people find themselves in macho situations. I’m not sure why that is. I think you are trying to prove that you can function in that environment.

The hypermasculinity of many male sports, or other activities which are perceived as being ‘manly’, can be appealing to men who are struggling with their gender or sexuality. York recognises how trans people might be attracted to those worlds in order to test themselves. Sophie Cook, the first transgender woman to work in the Premier League, realised in early adulthood – when known as Steve – that she was suffering from gender dysphoria. She went on to become an RAF engineer, an amateur motorbike racer, a part-time guitarist – all activities which would be perceived as being ‘masculine’, particularly in the 1980s.

It can be a similar situation for gay and bi male athletes too. The former NFL tackle Ryan O’Callaghan told Outsports earlier this year that “no one is going to assume the big football player is gay. It’s why a football team is such a good place to hide.”

In September, York joined the editor of Cycling News, Daniel Benson, for a special 40-minute podcast. She described the intrusion into her personal life by a Daily Mail news team in 2007, particularly the effect it had on her family. In the summer of that year, Richard Moore’s book ‘In Search of Robert Millar’ was first published, generating new interest in a British sporting icon who had vanished from the world of cycling since a brief spell assisting the Scotland team at the 2002 Commonwealth Games in Manchester. York had exchanged emails with Moore but had otherwise fiercely guarded her privacy, only for the Mail to track her down unexpectedly. She told the podcast:

The consequences of any invasion of privacy can be far-reaching for the individuals concerned, but the UK of 2007 – despite it being only a decade ago – was much more intimidating for all LGBT people, let alone just those who were trans. It brings to mind a quote from another great Scottish cyclist, Graeme Obree, who described to The Herald in 2015 the necessary caution on matters of sexuality or gender identity: “When you share anything personal, people feel that is a thread they can pull.” It should come as no surprise that for LGBT people, the fear is that one pulled thread could cause a whole life to unravel.

It is reassuring therefore that York sees such progress in the British public mood on inclusion since 2007, even if the current tendancy of the tabloids to report so negatively on transgender or non-binary issues remains a cause for concern.

“I’m quite surprised that things have moved on so well in the last 10 years,” she added to the CN podcast, “because in 2007, with the Daily Mail, various things happened. The attitudes then were very different. We got a lot more intrusion into our private lives, and my friends and family – all that kind of stuff. Now things have moved on, and it’s not the ‘scandalous’ situation that it was before.”

There was not a whiff of scandal when York returned to her native Glasgow for the first time in 20 years for a heartwarming feature for BBC Scotland‘s Timeline magazine show (from 6m 52s), screened on the same day as her Rouleur Classic appearance. Handled with great sensitivity by Rhona McLeod, we saw York reunited with her former coach and mentor Billy Bilsland at the bike shop on Glasgow’s Saltmarket that he has been running for almost 40 years. There were tears in the eyes for both, with Bilsland, now 71, giving York an affectionate hug and saying to her: “When I got the phone call to say that you were coming to Scotland, and that you were coming to see me, I got quite emotional. I thought, ‘my best boy’s coming back’… my best girl, rather!” The bond unbroken, despite two decades apart and York’s life-changing decision.

She also met Sir Chris Hoy at the Velodrome that shares his name, the pair describing how each had found joy in the other’s achievements, and in a sit-down interview with McLeod, York explained how her profile meant her transition risked becoming “a media circus” unless she “removed herself from the public eye”.

That her comeback into the gaze of cycling and the sports media has been nothing like a circus, but instead addressed with care and decorum by Boulting, Benson, McLeod and many others, should give us great encouragement. By listening and learning from York, we can all achieve a greater understanding of the challenges of being trans in sport, not to mention the benefits of hearing more regularly from one of road cycling’s most revered racers. Meanwhile, York is in dialogue with the LGBT charity Stonewall about where she might be able to offer advice and guidance, while in another development Scottish Cycling has signed up to the Scottish LGBT Sports Charter, a venture by the Equality Network. Among the Charter’s five principles:

Work to further include trans people in sport by understanding the differing needs for trans participants and begin to reduce the barriers which prevent trans people from taking part in sport in their acquired gender.

As a sports media, we should thank both Boulting and York – one for offering the invitation to speak, and the other for recognising that acceptance and the spirit in which it was given. Only by uniting the voices of allies and LGBT people together can our industry provide a platform for everyone to be listened to without prejudice.