Professional sport is progressing in its LGBT equality journey, even if the findings of some surveys often suggests otherwise. Rory Magrath believes the visibility of the Rainbow Laces campaign is a force for good…

Over the past few years, the LGBT+ community has achieved significant social and legal gains across much of the Western world.

So much of what is now taken for granted – even basic levels of equality – is relatively new. While the Netherlands were the first country in the world to legalise same-sex marriage back in 2001, this wasn’t the case in the UK until 2014, the US in 2015, and Australia in 2017. Social attitude surveys in these countries also show that opinions on homosexuality have greatly improved since 1990, with that improvement intensifying since the year 2000.

The @ILGAEurope #RainbowEurope map for 2018 is out, ranking 49 countries on their #LGBTI equality laws and policies. 🏳️‍🌈

Yet despite these changes, true equality has not yet been achieved for LGBT+ people – particularly in professional sport, which continues to suffer from an image problem.

Professional sport has an image problem

Due to its prominence in everyday society, sport is often at the forefront of debates about equality and diversity, whether the topic is sexism, racism, homophobia, biphobia or transphobia.

And because of its popularity in the UK (and indeed across the world), it is football that tends to bear the brunt of arguments and debates about discrimination in sport. For example, a recent DCMS inquiry claimed that homophobia emerged as ‘a bigger problem in football’ than in other sports. Often, it must be said, these claims are justified (e.g. homophobic chanting at Leicester’s Premier League home against Brighton last season, to take one example); and often, they are not (e.g. clubs’ increasing engagement, recognition and support for local Pride events and groups).

Almost a decade ago, I entered the field as a young academic seeking to find out more about the true nature of homophobia in the football industry, and with the intention of making the environment better.

@RoryMagrath shares with the audience some key findings of his research on homophobia in English football. #FootballPolitics2018 pic.twitter.com/6WtyLQNUes

At the time, there was virtually no empirical evidence which existed on the topic; we instead judged homophobia by surveys by various organisations (primarily the UK’s leading LGBT equality charity Stonewall), anecdotal evidence or of course by the simple fact that professional football had no openly gay or bisexual players. Nor was there any Rainbow Laces campaign – or indeed any significant campaign to tackle homophobia in football.

Some of the surveys at the time documented hugely troubling statistics. In 2009, for example, a Stonewall report revealed that 70% of British football fans had witnessed anti-gay chanting at matches. In 2016, another Stonewall report showed that little had changed in the interim, with 72% of football fans in their survey saying they had heard homophobic abuse within the preceding five years. 22% claimed they would be embarrassed if their favourite player were to come out. For Stonewall, this was evidence that ‘homophobic views [are] still prevalent in sport’. Later that year, a BBC survey revealed that 82% of football fans would have no issue with an openly gay player – although 8% said they would stop watching their team if a player came out. This led FA chairman Greg Clarke to publicly declare that it would be “impossible” for a gay Premier League player to come out publicly. 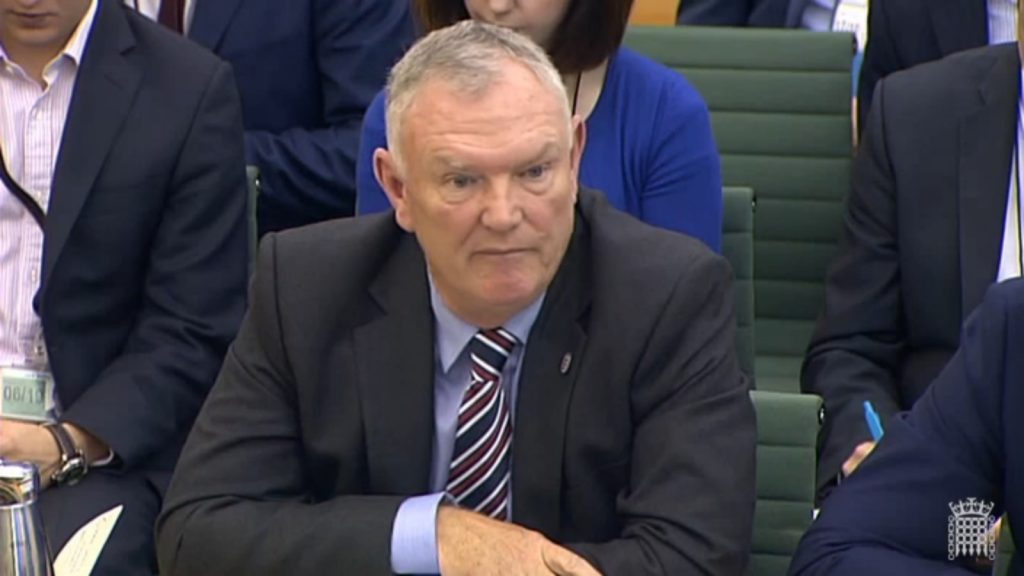 It’s for these reasons that professional sport clearly has an image problem. These are the surveys which receive the most attention – with significant attention on the negativity of these results – and professional sport has done little to try and change these perceptions. I have previously been highly critical of these surveys, mainly because I argue they offer a lack of rigour or detailed methodologies, which then skews them towards negative findings. I believe this to be dangerous, as it potentially overstates the negative effects of sport, which may further exclude LGBT+ participation.

I’m also critical because there is a significant disparity between many of these surveys and a large (and growing) body of academic work. This scholarly work has shown what’s probably best described as an unexpectedly positive environment. Probably most noteworthy here is the TopFan project undertaken by Jamie Cleland and Ellis Cashmore. After PFA chief executive Gordon Taylor claimed that an anti-homophobia drive could wait until “crowds are a bit more civilised”, Cashmore and Cleland’s research with 3,500 football fans showed that:

This research doesn’t exist on its own; my own research with both football fans and young professional players in the UK shows similar levels of positivity and support for inclusion, and for team-mates and players who are gay or bi to feel they can be open about their sexuality.

This research is also evident in research on sports media’s coverage of both gay footballers and professional athletes in other sports in both the UK and US. Surprisingly, even internet fan forums – where we might expect the most vociferous vitriol – also offer what would be interpreted by many as surprisingly positive comments about openly gay athletes. Other research also shows a detachment between fan chanting and their attitudes, suggesting an ongoing issue in football’s ability to deal with discrimination. 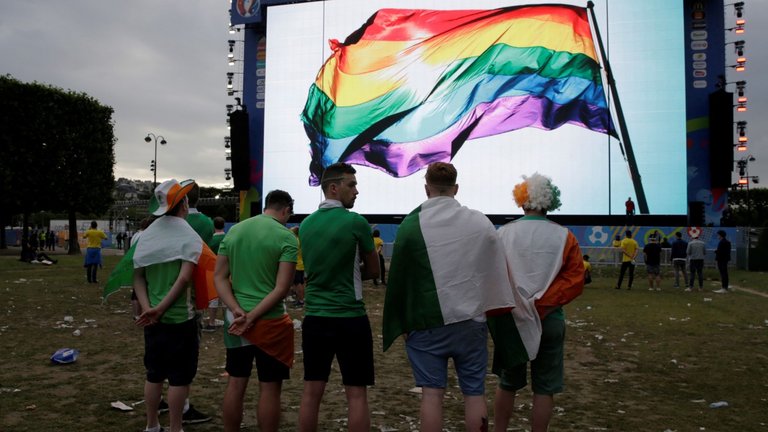 Even with all this research, however, there are many questions. Why do LGBT+ people often feel so put off from taking part in sport? Why is the LGBT+ community often excluded in sports fandom? Why does academic research differ from activist surveys? Why do so few LGBT+ professional athletes come out of the closet?

There is, of course, no single answer to any of these questions; the sports industry is a complex beast and there are so many factors which complicate matters. Both I and others have discussed this at length in previous work in recent years.

The importance of Rainbow Laces

The key question right now, though, is if things have improved so much in both sport and society so much, why do we need a Rainbow Laces campaign?

There’s little doubt that professional sport has embraced this year’s campaign more than ever before, making some strides to tackle its exclusionary reputation. Teams, officials and organisations in sport, including rugby, cricket, football, judo and darts, are all openly supporting their commitment to the campaign. The question of the need for a campaign formed much of a discussion on Sky Sports’ The Debate show recently; there were several reasons given by the panel.

To answer the question specifically, and to tie together academic research on the true nature of sport, I point to two main reasons. 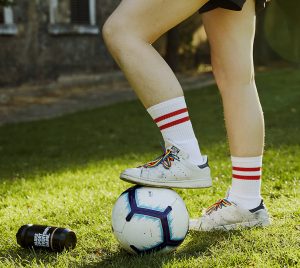 In the build-up to this year’s campaign, I made a conscious effort to look at replies to tweets supporting Rainbow Laces. What I saw was heart-warming – so many people recognised the positive impact the campaign has, while also offering their support. What I also saw was disturbing – homophobic vitriol in large quantity from people all over the world.

With Kick It Out estimating that approximately 16,800 discriminatory posts are directed towards Premier League football clubs each month – and even more when other sports are factored in – I wasn’t surprised. While I also recognise that these comments are still a minority, the damage this does is untold. It is even more concerning when so much of the internet – and social media – is unregulated, with little being done to tackle this.

I also look to a likely clichéd but nonetheless important point – visibility. Each year, the Rainbow Laces campaign offers greater visibility to LGBT+ inclusion and tackling anti-LGBT+ discrimination. This has only been helped further by Sky Sports’ support of the campaign since 2016 – and the dedication to running features about LGBT+ supporters groups or influential fans. As one of the major driving forces, the campaign’s influence continues to grow.

Visibility – or rather, a lack of visibility – has also been a key feature of a recent project I’ve been working on over the past few months. This project, the first academic work to investigate the experiences of LGBT+ football fans in England, shows that fans are positive about the future of football – and of sport more broadly. The fans we’ve spoken to so far recognise the progress that’s been made in sport in recent years. Most feel safe attending football, whether by themselves, friends or even a partner.

We have been busy conducting interviews the last few weeks but we would love to speak to more football fans. We’re especially keen to speak to lesbian, bisexual and trans fans. Please get in touch and RT! pic.twitter.com/z1CJAjLvvP

But almost all make reference to a lack of visibility for LGBT+ people in football: the Rainbow Laces campaign does absolutely vital work here, even if just for a relatively short space of time.

Stonewall FC being the first-ever LGBT-inclusive club to play at Wembley also helps the cause even further. It’s a reminder to LGBT+ people young and old that sport can be and is a place for LGBT+ people.

As we see the Rainbow Laces campaign continue to grow, it will do important work in highlighting this fact.

📣 Big news from our friends at @racingpridehq -