We’re hugely excited about the forthcoming UK release of Mario, which is being distributed in cinemas by our friends at Peccadillo Pictures – and here, we can bring you a first look at the poster. 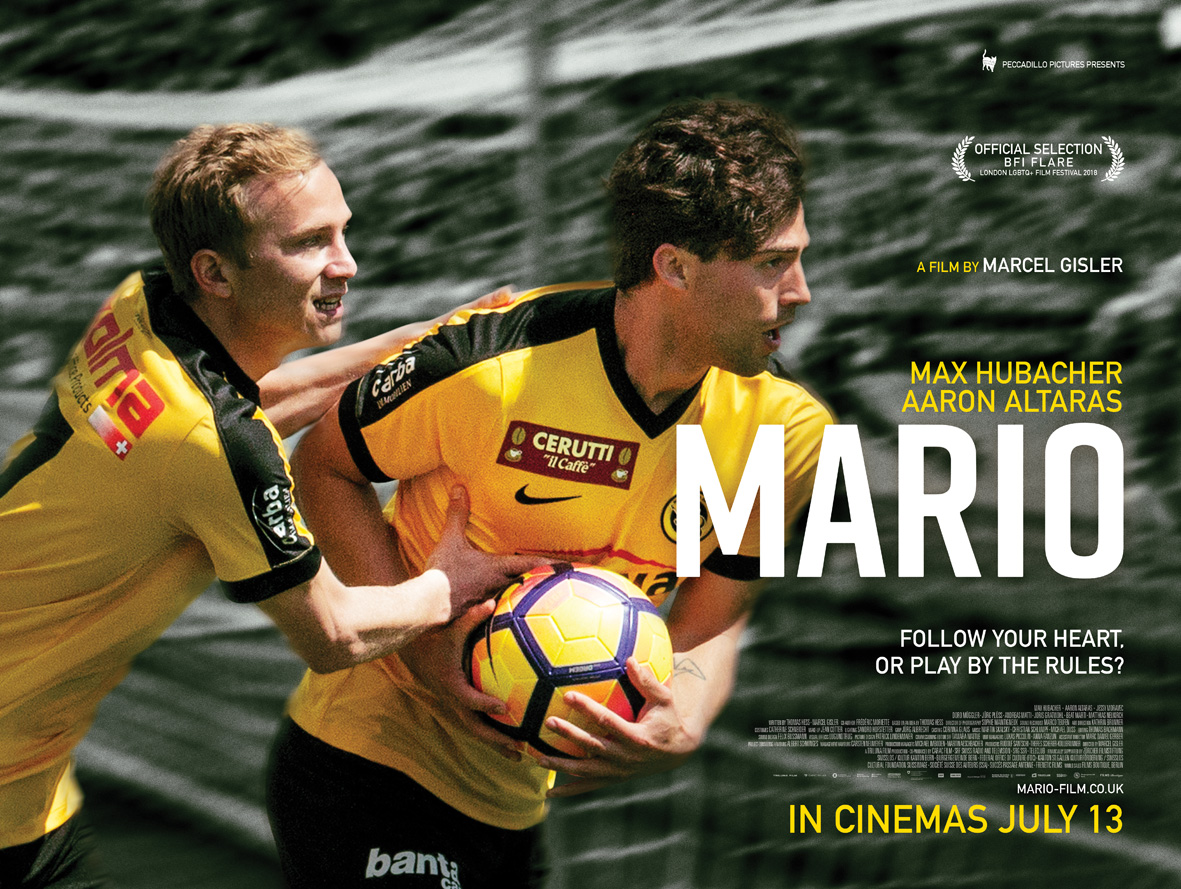 As you can see, it’s hitting these shores on Friday, July 13 – just in time for World Cup final weekend.

The movie is centred on the eponymous title character, a footballer at Swiss club Young Boys, and his relationship with Leon, a German forward who joins the Under-21 set-up at the start of the new season. After the two players move in together out of convenience, a love story begins – but it’s fraught with difficulty due to dressing-room dynamics and the culture of the game.

We first saw Mario at the BFI Flare Film Festival in London back in March, where it received great acclaim from audiences. Max Hubacher, who plays the lead, picked up the Best Actor award for his performance at the Swiss Film Prize (Switzerland’s equivalent of the BAFTAs), with co-star Jessy Moravec collecting the Supporting Role award.

In addition, director and writer Marcel Gisler was nominated in the Best Film and Best Screenplay categories, while the movie continues to garner praise at film festivals around the world too. It was recently screened for fans from the Pride in Football alliance of club LGBT supporters groups at their recent ‘Call It Out’ event in Nottingham.

We’ll be keeping a close eye on Mario in the coming weeks as we build up to the film’s release on July 13.