We asked you to help us gauge how inclusive the sports media industry is for people who are LGBT, and to tell us about your experiences. Here are the results of your responses… 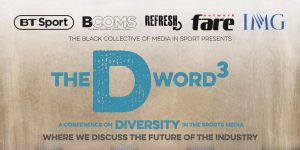 On 24 September, our network opened a short survey to assess LGBT inclusion in sports media, in advance of BCOMS’ #DWord3 conference on diversity in the industry.

The survey was open to all, and was anonymous. It closed on 28 October.

We wanted to gain a better understanding of the situation in sports media across the UK, and where there may be ongoing challenges.

We were particularly keen to get responses from LGBT people who are working, or have worked, in our industry.

You might ask… does any of this really matter? Our experience tells us that it does – but you don’t have to take our word for it. Increasingly, big businesses understand the importance of being LGBT-inclusive and are making it an integral part of their workplace culture and recruitment strategies. Watch this video released by the Vodafone Group during Pride Month in July 2018…

The Sports Media LGBT+ survey received 82 responses in total, with 67 of those coming from people – both LGBT and straight – who say they are either currently working in sports media, have worked in the industry in the past, or are seeking employment in this area.

From the overall group of 82 respondents, the 67 ‘sports media people’ were then asked a series of further questions, while the other 15 were taken to the end of the survey in order to answer a general question about their perceptions of our industry (more on that later).

Location: 55 of our sports media respondents said they are currently based in the UK, with 33 of those in London and the South-East. Of the remaining 12 respondents, 11 were based abroad, while one person declined to reveal their location. 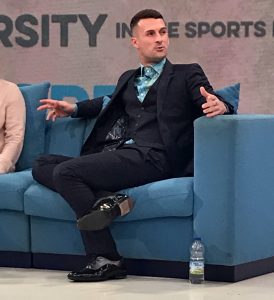 Ethnicity: 88.1% of sports media respondents said they were white. Five people recorded that they were mixed race, with the ‘black or black British’ and ‘Asian or Asian British’ options receiving one response each. One person declined to answer.

Disability: Two people from the sports media group of respondents said they considered themselves to be disabled.

Gender: 79.1% of sports media respondents who were asked the question ‘what best describes your gender?’ said they were male. 12 answered female, and two people said they identified as non-binary.

Sexuality: 45 of the sports media respondents said they weren’t heterosexual or straight (of this number, one person told us they were asexual). See the pie chart below for more detail on this part of the survey…

Being out at work

We asked the 44 sports media respondents who said they were lesbian, gay, bisexual or pansexual whether they were open about their sexual orientation in their respective workplaces…

From these results, we can see that just over a third of those who aren’t straight say they are out to everyone at work.

However, the rest exercise varying measures of control over who else at work knows about their sexuality. In 22.7% of cases, those surveyed who are lesbian, gay or bi are not out to anybody they work with. The same amount – 22.7% – say they are only out at work to their close friends and colleagues.

In order to learn more about our respondents’ workplaces, we asked the following supplementary question…

Drawing upon your personal experiences in the sports media industry, how LGBT-inclusive have you found the workplaces / work environments in which you have been or are currently employed?

35 people wrote responses. These largely reflected well on the sports media industry, with 22 citing a mostly positive experience. The others would best be described as mixed, or were negative.

Here’s a sample showing the range of those responses… 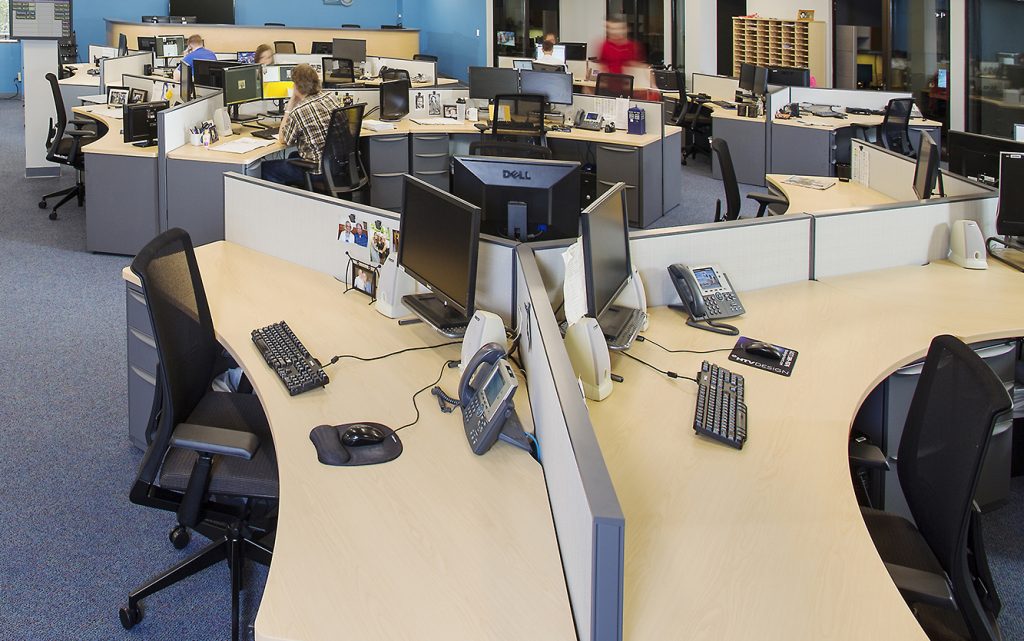 We asked our full contingent of 67 ‘sports media people’ (both those who are LGBT+, and those who aren’t) the following question…

Have you personally witnessed, or been subjected to, anti-LGBT language or behaviour in a sports media industry workplace setting in the last two years? 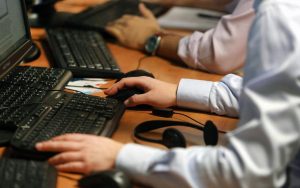 Four people said the question was not applicable to them, and one person said they couldn’t be sure.

Meanwhile, looking solely at the 39 definitive responses to the question which were given by those who told us they were LGBT+, 21 of them (53.8%) were ‘Yes’. All but one of these responses came from gay or bi men.

We also asked the same group of 67 sports media respondents…

Have you felt discriminated against while looking for work or seeking a promotion in the sports media industry for reasons of sexual orientation and/or gender identity in the last two years?

13 people told us the question was not applicable to them. Out of the remaining 54 responses, 9.3% answered ‘Yes’, with a further 9.3% answering ‘Not sure’.

Our core group of 67 sports media respondents were then asked to give two overall grades to their industry on LGBT+ inclusion – one relating to sexual orientation, the other relating to gender identity. One respondent did not answer this part of the survey, giving us 66 responses.

Only two people said they thought sports media was ‘very inclusive’ of lesbian, gay, bi and pansexual people – both of these responses happened to come from straight men. No one believed the industry was ‘not at all inclusive’, but just over 30% believe it falls below expectations.

The lowest possible grade – ‘not at all inclusive’ – received 31.8% of responses (both of the non-binary people surveyed chose this option), while the next grade up received 45.5% of the overall share. Only one person surveyed thought the sports media industry was performing above average on inclusion for trans and non-binary people.

In a follow-up question, we asked…

What steps, if any, should sports media employers be taking to support LGBT+ inclusion in the industry?

A selection of the 35 responses are below…

The media’s role in LGBT+ inclusion in sport

Finally, we asked all 82 respondents – those 67 from the sports media core group, and those 15 outside the industry – to consider the effects of the media’s activity where it relates to LGBT+ inclusion in sport. The question posed was…

How would you assess the contributions of both the sports media and the wider media on LGBT+ inclusion in sport? Please provide examples that you feel have had positive and negative impacts.

The responses were wide-ranging and illuminating; 49 people took the time to write an answer. We’ve picked out 12 of them for you to read…

Right from our first meeting over a year ago, when a few of us started discussing the idea of a sports media industry network for people who are LGBT, we all agreed we wanted to learn more about the experiences of others around the UK – and around the world – who are like us. We’re in a line of work that is clearly lacking in diversity and representation – just look at the figures from BCOMS’ D Word 3 conference – but is showing some encouraging signs when it comes to inclusion. Sports desks and related roles are still dominated by men, while people of colour are either in less visible jobs or are struggling to get a foot in the door. As for the LGBT experience in our industry, it’s rarely been discussed before, let alone in any detail; we felt it was important to examine it. 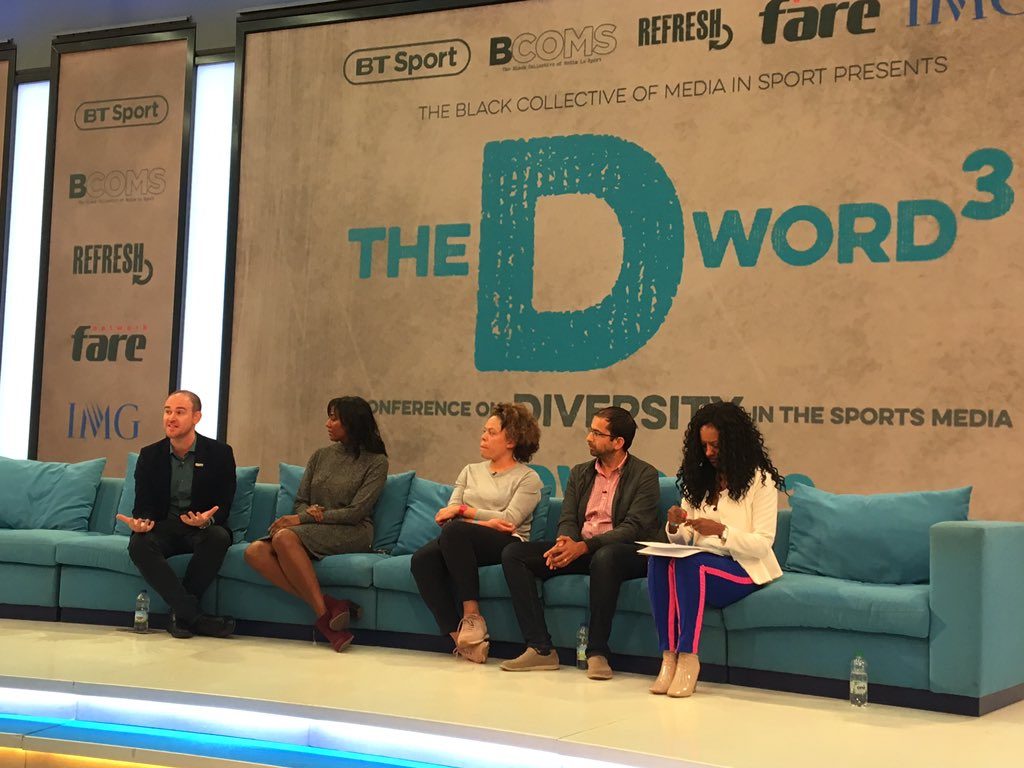 What we can see from the above data is that there are a significant number of employees in sports media who are LGBT, but almost half of them appear to be highly guarded about their sexuality or gender identity. This should undoubtedly be of concern to their bosses – extensive research has shown that LGBT people will be adversely affected when they don’t feel they can be their authentic selves. While it’s by no means essential to be ‘out’ at work, another statistic from our survey – that more than half of LGBT people have witnessed or have been subjected to homophobic, biphobic or transphobic language or behaviour at work since 2016 – indicates that some individuals in the environments in which we work are the direct cause of discomfort or worse, discrimination, to those same LGBT employees.

When people engage in anti-LGBT language and behaviour, it likely stems from a lack of education on issues related to sexual orientation and gender identity. Over 30% of those working in sports media think the industry is falling short on inclusion for lesbian, gay and bisexual people. Meanwhile, more than three in four sports media people think trans and non-binary employees are being let down due to a below-par standard of acceptance. 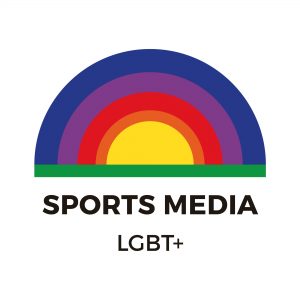 When we asked those taking our survey to tell us their experiences, thoughts and suggestions, we received lots of strong, insightful answers. Many wrote to say that as LGBT people, they felt completely included in their workplaces; these were hugely encouraging responses to read and showed the progress that has been made in recent years. Others explained that they had encountered difficulties in the past or in the present. Constructive feedback was provided for senior leaders; we urge them to read these and think about the difference that implementing inclusive practices could make.

At Sports Media LGBT+, we will continue to offer a welcoming space – both in person and online – for LGBT+ people and allies in our industry, and play our part in building a truly inclusive sporting landscape that empowers not just those who are competing but also those reporting on their achievements.

We’ll listen; we’ll find a way in which our network can provide support; and we’ll work to bring about a positive outcome.

Thanks to all those who took our survey, and for reading through the results.

You can get in touch with Sports Media LGBT+ by using our Contact form or by emailing us at info@sportsmedialgbt.com.

‘Amazing, inspiring’: #AuthenticMe at the BBC